10 Things You Should Never Say to a Bisexual Person

By Emily 10 days ago. Posted in Relationship Advice 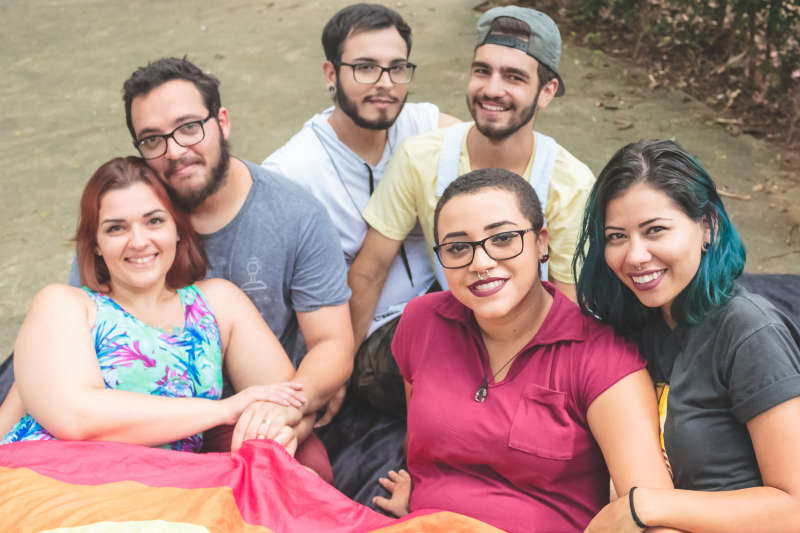 Being bisexual means you're attracted emotionally, physically, and/or sexually to people of all genders. Bisexual folks are more likely to be closeted than other folks in the rainbow community, it can be hard given the stereotypes inside and outside of the community about bisexuality. Here are some things you shouldn't say to a bi person and why...

Look, it's not 50/50. Bi doesn't mean two. It means ALL genders. And while some bisexuals might have a preference, it's not that important and it's rude to ask. Sexuality is a spectrum, some bi folks might mostly like dating women and non-binary people but might be open to dating cisgender men. Some might mostly be with men but like women too. None of this determines how bisexual they are or whether they're bisexual. Don't get hung up on this, and whatever you do don't try to judge a bisexual person based on preferences.

Are you a cheater?

Just because you like all genders it doesn't mean you don't believe in monogamy or are incapable of being faithful. Many folks queer or straight are polyamorous which means they have discussed with their partners what kind of relationship they want ouside of monogamy. Many folks queer or straight are monogamous because that suits them most. Bisexuality doesn't mean - cheating. It doesn't mean you want to be with all genders at the same time when you're in a relationship.

Many people believe bisexual folks are gay or lesbian or straight and they just haven't "picked a side". This is totally wrong. Again, sexuality is a spectrum. You get to decide where you sit on that spectrum and nobody gets to choose that for you.

It's just a phase

Just like any other sexuality isn't a phase, neither is bisexuality. Of course some people realise over time that they're not bisexual instead they're gay or straight. But the same happens for straight folks - and you wouldn't call being heterosexual a phase. So please don't call bisexuality a phase!

Do you just want to have sex with everyone?

Being bisexual doesn't mean you're sexually greedy. It doesn't mean you're DTF anyone. It just means you're into hearts not parts! It's really not hard to understand. Painting bisexual folks (particularly women) as "up for it" all the time isn't just wrong - it's dangerous. This myth contributes to sexual violence against bisexual people. When you hear people say this, you must call it out. These attitudes really hurt bisexual people.

No. I don't. Well, I probably don't. The Bisexual Unicorn - a woman who wants to have sex with you and your wife (because let's face it - hetero men ask this question) is called a unicorn because she mostly doesn't exist. Bisexual women don't exist to spice up your relationship or fulfill your sexual fantasties. I'll repeat, because it's so important, the idea that bisexual women are "up for it" all the time is dangerous. This myth contributes to sexual violence against bisexual people.

Bisexuals are only attracted to binary genders

Bi doesn't mean two! It really doesn't! It means - my gender and other genders! Respected bisexual activist Robyn Ochs describes bisexuality as the potential "to be attracted — romantically and/or sexually — to people of more than one sex and/or gender, not necessarily at the same time, not necessarily in the same way, and not necessarily to the same degree." It's not binary and it doesn't exclude the trans community. Still, you may meet folks who call themselves Queer instead of Bi because of this misunderstanding about preference.

Verified Purchaser
Fast delivery and the product was as advertised. Disappointed with the quality though, as the inflatable part of the toy leaks air and it deflates within seconds.
Maria, Blenheim
21st May 2020