Wellington's latest celebrity has taken the capital city by storm!

Mittens, an 8 year-old Turkish angora, is often found wandering Cuba Street near the Bucket Fountain, or popping into Rogue and Vagabond for a mid-afternoon tipple.

But despite Wellingtonians concerns, Mittens is just a cat who likes to roam, his owner says. His wanderings were originally shared via Facebook page Vic Deals, but fans quickly created a new page dedicated to his adventures - The Wonderous Adventures of Mittens.

On Friday the 7th December, the ATMS HQ were lucky enough to receive a visit from the celebrity himself!

It was early morning when Mittens decided to wander into the office for some early morning shopping, promptly making himself comfortable on the ATMS accountant's chair. The team were graced with his prescence until late afternoon, when it was finally time to head home for the weekend.

While he resides on the Terrace, Mittens has regularly been spotted joining lectures at Victoria University in Kelburn, visiting the library in the city, or considering a stroll along Oriental Bay.

You can't beat Welly on a good day, and Mittens surely does know his way around Wellington's hottest spots.

And while he isn't quite old enough for our R18 restrictions, he's certainly a cat with good taste! 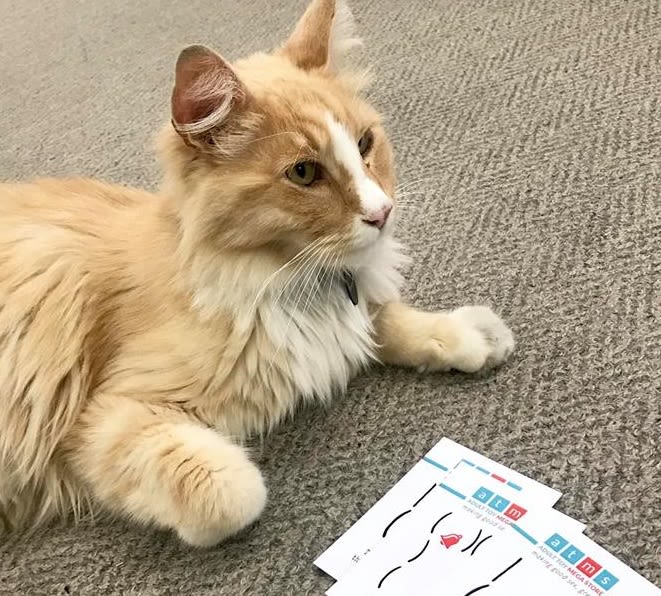