ATMS endorsed the Hihi for Bird of the Year

The New Zealand Herald has covered Adulttoymegastore's endorsement of the Hihi for Bird of the Year.

he humble hihi has received the official endorsement of Adult Toy Megastore, which has praised the bird's beautiful, consensual lovemaking.

"Adult Toy Megastore is getting political," the adult retailers said in a statement.

"We are proud to endorse The Hihi for Bird of the Year 2020. Hihi lead the sex positivity movement among songbirds and for that we salute them and say to you: VOTE HIHI.

"Hihi are a medium-sized forest species that is one of New Zealand's rarest birds. They are the only bird in the world to mate face to face. Male and female hihi practice consensual polyamory which is rare.

"Male hihi have testicles four times larger than they should be making them, by size, the largest testicles on a bird in the world! Hihi big bois need to produce large amounts of sperm to dilute that of other males so that's why their balls are bigger than their brains. How could you not vote for them?"

The sex shop also praised the bird's "curved bill and long tongue that is used to reach deeply into flowers to brush nectar to eat".

Head of Customer Satisfaction Emma Hewitt says hihi should be honoured for their role in the sexual revolution.

"We can all learn a lot from Hihi about being sexually open and liberated. You don't need to have enormous testicles to enjoy your sex life and embrace sexual freedom. Every one of us can channel the Hihi and open ourselves up to new ideas to spice things up in the bedroom." 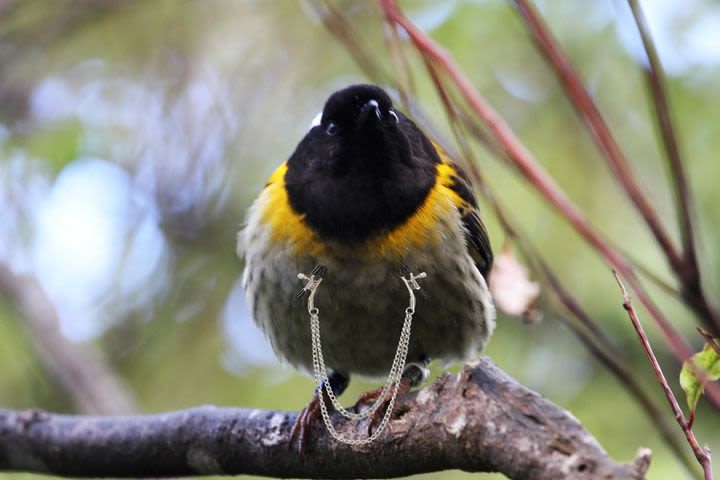 Verified Purchaser
LOVE EVERYTHING. Hitting all the right spots. 100% SATISFIED BY IT ALL
Greg, Nelson
26th May 2022

Verified Purchaser
Amazing service and products! I was surprised with how quickly everything was delivered to my door. The packaging was very nice and discreet. Thank you so much for your service.
Krissie, Hamilton
25th May 2022